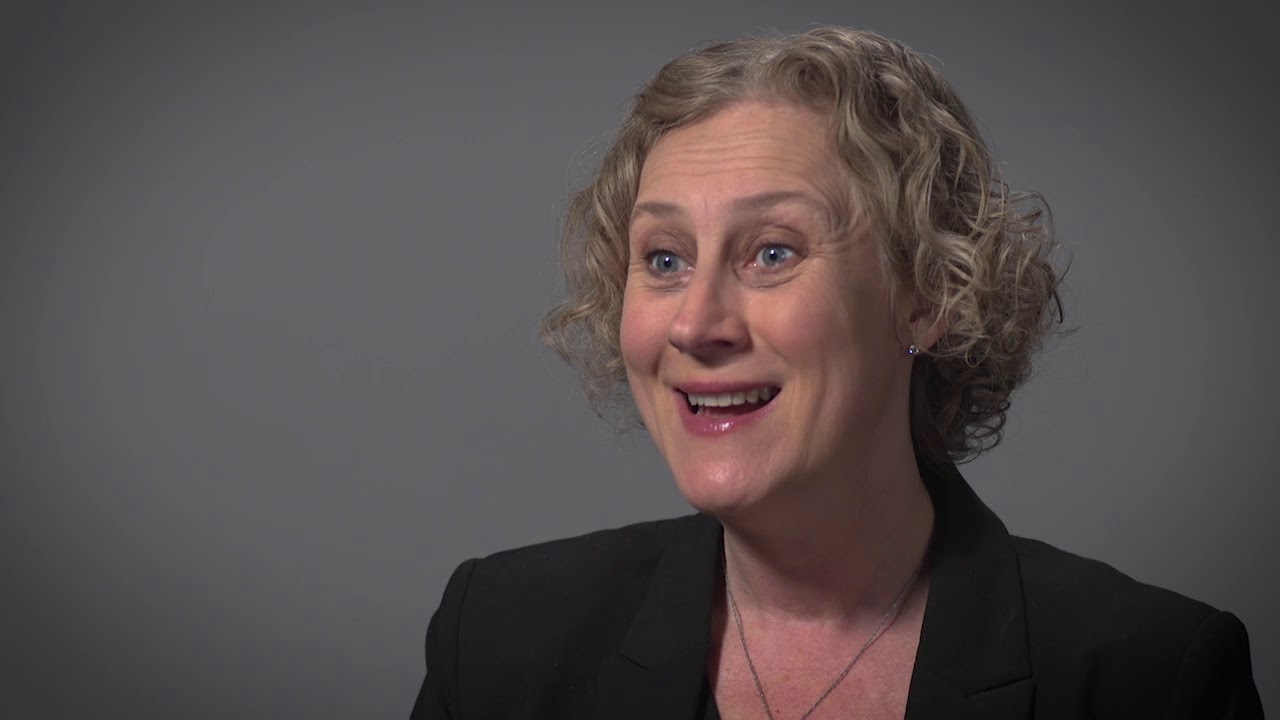 “We need to talk with community members to better understand their situation, so when we think we’re creating a good solution, we’re not just creating another problem.”

Craig A. Summers, M.S., Executive Director of the Michigan High Intensity Drug Trafficking Area (HIDTA), kicked off the next panel, which focused on finding balance in policy and enforcement tools to control opioid access.

HIDTA is a federal grant program administered by the Office of National Drug Control Policy, whose goal is to bring federal, state and local law enforcement together to disrupt and dismantle drug trafficking and money laundering organizations. Summers discussed how his unit’s work is directed by an annual assessment that describes the drug threat to the state of Michigan.

In 2018 alone, Michigan HIDTA investigated 224 drug trafficking organizations, half of which trafficked heroin, and almost as many in cocaine, and 18% in prescription drugs. Last year Michigan HIDTA seized 23,694 pounds of illicit drugs statewide, including 158 lbs. of heroin, 37.4 lbs. of fentanyl, 959 lbs. of crack/cocaine, 112 lbs. of methamphetamine, 686 lbs. of prescription drugs, and 21,742 lbs. of marijuana.

“We can’t arrest, seize, or treat our way out of this problem,” Summers said, and urged a greater emphasis on prevention, particularly among young people. He also warned of the growing threat in the increasingly common use of potentially lethal cutting agents.

Cartels “are relentless, have no respect for human life, and are motivated by making money, and nothing else,” Summers stated.

Next, Barbara McQuade, JD, focused on the potential unintended consequences that can result from policy changes around opioid prescribing. McQuade is a U-M professor of law and a former U.S. District Attorney for the Eastern District of Michigan.

She gave examples of policy enforcement that have achieved intended results (such as Ann Arbor’s ordinance requiring vehicles to stop for pedestrians in crosswalks, which is widely obeyed) and others that did not (a gun buy-back program that corresponded, it was later realized, to a rise in home invasions and stolen firearms which ended up being turned in to the program for cash).

McQuade noted that well-intentioned policies aimed at reducing the opioid supply have the potential to produce negative outcomes, such as opioid prescription limits giving rise to “pill mill” physician practices. Those doctors use illegal opioid prescribing as a kickback in exchange for Medicare fraud, inappropriately providing powerful narcotics to potentially vulnerable patients seeking opioids who may also undergo unnecessary procedures for Medicare reimbursement; meanwhile, these pill mills are flooding controlled substances into communities.

“A very small subset of doctors who are also engaged in Medicare fraud are the ones prescribing the highest amount of opioids,” McQuade stated, noting that Medicare fraud in general costs taxpayers $50 billion each year.

McQuade said it was too early to evaluate the consequences, good or bad, of Michigan’s recent changes in law requiring doctors to have bona fide relationships with patients to write them opioid prescriptions, and limiting them to prescribing seven-day supplies of opioids for acute pain.

She also discussed recent “very aggressive” efforts targeting drug distributors through law enforcement takedowns and civil lawsuits, noting that while there is some good in holding corporate entities accountable for their actions, there are also unknown consequences – could these actions potentially spur research to find other, safer alternatives to opioids, or could they drive opioid manufacturers out of the market altogether, she asked?

Meredith B. Rosenthal, PhD, C. Boyden Gray Professor of Health Economics and Policy at the Harvard T.H. Chan School of Public Health, talked about the role of pharmaceutical promotion as a driver of opioid sales.

She noted that while direct-to-consumer marketing has grown more rapidly over the past several decades than industry marketing to professionals, pharmaceutical industry sway over physicians remains strong. Outside of visits from pharmaceutical representatives (known as “detailing”), speaking fees and honoraria are the dominant way to influence prescribers; payments to physicians related to opioid products total roughly $46 million per year, $29 million of those payments coming through speaking fees and honoraria, Rosenthal said.

“If you are in an office where you refuse to see detailers, but the key opinion leaders in the hospital and community are being targeted by companies, that effect will eventually trickle down through peer networks,” Rosenthal said, in describing the pharmaceutical promotion “ecosystem” through which manufacturers reach consumers, physicians, and patient and professional groups through different strategies that can have “multiplier effects” because of the interconnectedness of all of these players.

Research has shown that physician beliefs about prescription drugs are much more in line with promotional materials than with evidence-based, published studies, particularly when it comes to off-label claims and softened messaging about the risks of opioid addiction, Rosenthal said.

She described the FDA’s oversight of pharmaceutical marketing “as a very ‘light touch’ set of rules and enforcement mechanisms,” which largely leaves industry to self-regulate. And while the number of marketing pieces submitted to the agency for review have been increasing, the level of drug advertising violation warning letters that the FDA issues has remained very low, Rosenthal stated.

In addition to focusing on prevention, treatment, and recovery, “we should also step back and try to understand what we’ve learned about what it means for us to allow a for-profit industry to shape treatment norms,” not just for opioids, but other treatments, Rosenthal said.

From 2010-16, states introduced around 1,300 opioid-related bills and enacted around 500. More than 50% of these policies target opioid prescribing. Thirty-three states have enacted opioid prescription limits, while 11 have laws governing pain clinics. Laws also included provisions for education and “takeback events,” which collect and remove unneeded medications from communities. “Not only were states enacting these laws,” over this time period, “but also making them stronger” Haffajee said.

All states have established some form of prescription drug monitoring program (PDMPs), which are electronic databases that store, monitor, and analyze information on controlled substances. PDMPs have “really been latched onto by states as a dominant response to the opioid crisis, and a solution” and are increasingly accessed by clinicians and law enforcement, Haffajee said, noting that these systems often communicate with each other and have been growing in the number of substances they monitor as well as implemented features, such as requirements for prescribers to register with and use PDMPs.

Yet, she asked, are we utilizing these systems to their potential for improving patient care, identifying drug diversion and doctor shopping (seeking opioid prescriptions from multiple providers), or are they being used more as law enforcement tools to track and go after high-volume prescribers and high-utilizers? These are all areas where we need to be careful about balance, she cautioned.

Haffajee also discussed state laws that limit initial days supplied and/or dose for certain opioid prescriptions, which, like the 2016 CDC guidelines on opioid prescribing many of these laws are based on, have been controversial, and are often described as “blunt instruments.”

So far, these opioid policies seem to be having an effect on reducing opioid prescribing, including that which is high-risk, such as high dosages, polypharmacy (multiple prescriptions), and doctor shopping, Haffajee said. And while the evidence of unintended consequences from these and other government opioid prescribing policies and recommendations is primarily anecdotal, including concerns about increased risks of overdose, self-harm, and suicide, and potentially reducing access to opioids for chronic pain patients, it will be critically important to continue monitoring the evidence about their effects, Haffajee said.

Rebecca Cunningham, MD, U-M Associate VP for research, professor of emergency medicine and health behavior and health education, and director of the U-M Injury Prevention Center, moderated the panel discussion, which turned to the presenters’ thoughts on areas to prioritize for the greatest impact in reducing opioid misuse and overdose.

McQuade said we need to have a better understanding of the upstream issues that are driving opioid demand and focus on those factors, while Haffajee emphasized making robust, evidence-based opioid treatment more widely available by addressing behavioral health workforce shortages and incentivizing providers, and expanding naloxone access. Haffajee also spoke to the success of “hub and spoke” models for opioid use disorder, which connect intensive opioid treatment programs with primary care to create a continuum of services within a chronic disease model.

Rosenthal said that pharmaceutical marketing to professionals and the targeting of individual physicians and health systems is a “much greater worry” than direct-to-consumer advertising of opioid products. “I do wonder if it’s really time to think about the way we regulate pharmaceutical marketing, particularly when it comes to face-to-face interactions between industry and prescribers in particular,” she said.

Rosenthal asked the audience to reflect on what it means about how our society permits industry to disseminate information. “This is not a situation where risks were unknown that cropped up post-marketing. We’ve known what opioids do for centuries,” she said, and called the opioid epidemic a “wake up call for change in regulatory approach.”

Panelists also discussed parallels between litigation against opioid manufacturers and distributors to earlier lawsuits against the tobacco industry, and connections between marijuana policies and opioid use. “As we discuss the potential that is often raised about marijuana being part of the solution for the opioid crisis, we also need to be asking about what we should be learning about how to prevent potential unintended consequences,” Cunningham said.

The panelists also spoke to the limits and benefits of real-time surveillance data on information such as opioid overdoses, prescriptions, and arrests.

Real-time information on overdoses could help law enforcement intervene much more rapidly to prevent additional fatalities, Summers said; getting this information weeks after the fact “doesn’t do any good.”

Summers concluded by reminding the audience to remember the human toll behind the statistics. “These are mothers and fathers, sisters and brothers, sons and daughters, neighbors and co-workers who are dying,” he said. “It’s not just numbers.”

“We need to attack this problem from all fronts, and not just in government policy but at a lot of different levels,” Haffajee said.